There are many different kinds of A.A. meetings. Some include a talk by a sober member, recounting his or her personal experiences about what life was like while drinking, what happened to get them to A.A., and what life is like in sobriety. We call this sharing our “Experience, Strength and Hope.” Other kinds of meetings include reading and/or discussion of the book Alcoholics Anonymous.

A.A. is not a religious organization, although some meetings happen to take place in churches. Some are in community centers, clubs, hospitals, or even outdoors. With over 30 meetings per week in Schuylkill and Southern Northumberland County there are many options to choose from. Try several kinds to see what what works for you.

Alcoholics Anonymous is a fellowship of people who share their experience, strength and hope with each other that they may solve their common problem and help others to recover from alcoholism.

The only requirement for membership is a desire to stop drinking. There are no dues or fees for A.A. membership; we are self-supporting through our own contributions. A.A. is not allied with any sect, denomination, politics, organization or institution; does not wish to engage in any controversy, neither endorses nor opposes any causes. Our primary purpose is to stay sober and help other alcoholics to achieve sobriety.

Reprinted with permission of The AA Grapevine, Inc.

A.A.’s Twelve Steps are a group of principles, spiritual in their nature, which, if practiced as a way of life, can expel the obsession to drink and enable the sufferer to become happily and usefully whole.

Reprinted from the Big Book of Alcoholics Anonymous, pp. 59-60, with permission of A.A. World Services, Inc.

What are the 12 Traditions?

A.A.’s Twelve Traditions apply to the life of the fellowship itself. They outline the means by which A.A. maintains its unity and relates itself to the world about it, the way it lives and grows.

Reprinted from the Big Book of Alcoholics Anonymous, pg. 562, with permission of A.A. World Services, Inc.

If a judge, school or employer has suggested you attend a meeting of Alcoholics Anonymous, they may believe there is evidence that you have a drinking problem. If you have an attendance card to be signed, most A.A. meeting secretaries will be happy to do so. Take a look at a current meeting directory. You’ll see the days, times, and places A.A. meetings are held. Meetings marked with an (O) are open meetings — meaning anyone can attend — while those marked with a (C) are closed meetings — only for people who have a desire to stop drinking.

Do I have to give my name?

When you go to an A.A. meeting you don’t have to give your name. Some groups will invite newcomers to introduce themselves by their first name only. At some meetings a sign-in sheet may be circulated for the chairperson to use during the meeting — no one has to sign it. All participation in A.A. meetings is voluntary.

Will I have to speak?

It’s not necessary to explain why you’re there. If you’re called on and prefer to remain silent, just say, “I’ll pass.” Anyone is free to simply sit and listen at meetings.

Anonymity is the spiritual foundation of all of A.A.’s Traditions. Please respect this custom and treat in confidence who you see and what you hear. Likewise, you can count on others to respect your anonymity.

Most A.A. members have a program based upon a personal belief in a Higher Power; Alcoholics Anonymous has no religious affiliation. What you believe is up to you. Many meetings begin and end with the Serenity Prayer. Participation is optional.

What does it cost?

There are no dues or fees to attend A.A. Most members freely place money in the basket that goes around in order to pay for the group’s expenses, such as rent, coffee and literature, but there is no obligation.

Can I go to an A.A. meeting drunk?

Yes, people who have been drinking sometimes attend A.A. meetings. They are welcome to attend, but they may be asked not to speak while intoxicated, but to listen instead.

Am I an alcoholic?

We do not like to pronounce any individual as alcoholic. It’s a decision that each drinker has to make for themselves. But if, when you honestly want to, you find you cannot quit entirely, or if when drinking, you have little control over the amount you take, you are probably alcoholic. And A.A. can help!

What is a home group?

Traditionally, most A.A. members through the years have found it important to belong to one group that they call their “home group.” This is the group where they accept service responsibilities and try to sustain friendships. And although all A.A. members are usually welcome at all groups and feel at home at any of these meetings, the concept of the home group has remained the strongest bond between the A.A. member and the Fellowship.

What is a sponsor?

A sponsor is essentially an alcoholic who has made some progress in the A.A. recovery program and shares that experience on a continuous, individual basis with another alcoholic who is attempting to attain or maintain sobriety through A.A. We urge you to not delay in asking someone to be your sponsor. Alcoholics recovered in A.A. want to share what they have learned with other alcoholics. We know from experience that our own sobriety is greatly strengthened when we share the solution.

What is the Big Book?

Better Together – The Newsletter 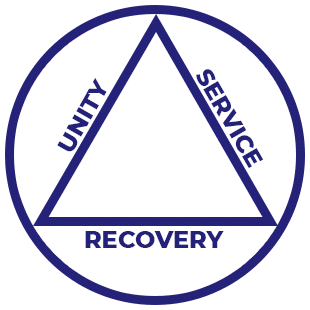